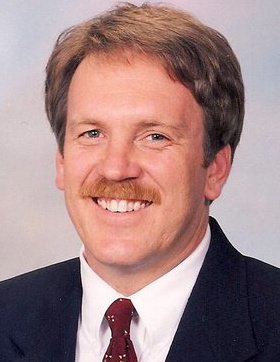 John Richard Atwill IV was born on February 25, 1961 in Pasadena California. John is the son of Sally Rodgers and John Richard Atwill III, and is survived by both parents as well as his stepmother, Laura Hull. John is the eldest brother of Eric Hull, Geoff Atwill, Tim Atwill and David Atwill. During his childhood in Pasadena, Bainbridge Island and Walla Walla, he was always looking for and leading adventures and genuinely enjoyed his role as big brother. From high school through adulthood, John found friends easily and was known for sparking laughter and fun with anyone.

Following college, John innocently encountered his future wife, Kim, by dropping his pen repeatedly as they sat in class until she agreed to a date.  A short time later, the two married in an Arizona courthouse on May 5, 1988. John and Kim moved to Ithaca NY and started a family, Shelby Nicole (1989) and Sarah Clark (1990).

After ten years of teaching, John, Kim and the girls moved to Phoenix, Arizona and John shifted careers and became a pilot. John’s start came in a Cessna 152 flying a radio DJ around the skies of Phoenix. He moved up through Copperstate Air in a Cessna 310, Native American Air Ambulance in a JetStream, Swift Air in the Citation X and Falcon 2000, and eventually ended up as a B767 Captain at FedEx. John loved flying!

John was known to have a contagious smile and sense of humor, and was determined to make you laugh. John was eager to help out and support people when they needed it most. Whether by volunteering his time, lending a hand or being a listening ear, he was a genuine friend and advocate for many.

When he wasn’t in the cockpit, John was making checklists and staying busy. He enjoyed restoring classic Mustangs, repairing and building items for his home, being on the water in a boat or jet ski or scuba diving, skiing the Pacific Northwest or the Alps, and catching up on the latest movies and TV shows. John rarely sat still, unless it was to enjoy a new movie or show with his wife, Kim.  Of course, all of this occurred with a backdrop of classic rock from the likes of The Who, TPHB, ACDC, Sheryl Crow, INXS, John Mellencamp, and U2.

On Monday, December 16, 2019, in his home surrounded by his girls, John lost his 16 month battle with pancreatic cancer. John spent his whole life trying to make all of Kim’s dreams come true. In his last two years, John was helping fulfill Kim’s ultimate dream of opening an early childhood care center for deaf children with his two daughters. In lieu of flowers or gifts, please consider making a donation in his name to their non-profit, Sound Start so he can always be with them in spirit. (www.soundstartpdx.org/support)