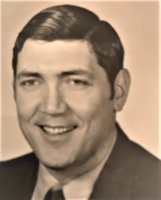 Clifford Gene Shelton of Vancovuer, WA February 4, 1937 ~ October 13, 2020 Cliff Shelton was born on February 4, 1937 in Maryville, Missouri and came to live in Vanport Oregon in the WWII years with his family while his father worked in the shipyards. Cliff went to Gresham High School and in his teen years worked as a lifeguard at Blue Lake Park. He was such an excellent student when the weather would turn warm in June before school was out, Blue Lake would call Gresham High School and see if Cliff could leave school to come to work. Gresham agreed to let him go. Cliff was a football and basketball player at Gresham and received a full scholarship to University of Oregon if he would play both sports. He didn’t want to play two sports in college, so he landed at Lewis & Clark College here in Portland on a basketball scholarship and graduated with a teaching degree. Cliff met the love of his life, Nancy Nylander at Lewis & Clark and they were married on November 28, 1959. He began teaching in Roseburg, Oregon where he also coached basketball. After a few years, Cliff’s varsity coaching career started in Portland at Central Catholic. He then moved on to teach Economics and Government at Tigard High School and retired after 40 year of teaching at Tualatin High School. He loved teaching and still to this day, students and athletes he influenced talk about the huge impact he made in their lives. Cliff is survived by his wife of 62 years, Nancy. They shared a very rich life together. He raised two daughters, Kirsti and Wendy to be smart, independent and strong. He loved them both deeply. Cliff also adored his only granddaughter Ashlee Patrick and her husband Luther Patrick. Great granddaughter Aviana Marie Patrick was the bright light in his eyes. He also loved two very special boys that were also part of the family, Marcus White and Colton Caster. Cliff was a great husband, father, grandfather, great-grandfather, conversationalist, advocate for justice and human rights. He was a clever jokester and always brought something new, fun and interesting to every get together. He made people feel like he really wanted to hear what they wanted to say. We miss him deeply and will celebrate his life next year when we’re over COVID.