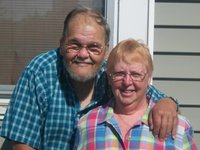 Woodrow A. Piquette Vancouver, Washington September 21, 1945 ~ July 30, 2020 Woody was born in Haverhill, Massachusetts just outside of Boston on September 21, 1945 to Marion and Woodrow Piquette. After graduating from high school he enlisted in the Air Force and was stationed at Plattsburgh, New York. After the service he held many jobs: truck driver, chef, SRO desk clerk, etc. and eventually becoming the director of the homeless shelter, Baloney Joe’s in Portland Oregon. He was a member Of the Loyal Order of the Moose (LOOM 1774) in Vancouver, attaining the degree of Moose Legion, and recently transferring to the Camas/Washougal Lodge 1042 where he was an original member in 1986. From his first marriage he was blessed with two sons, Christopher and Kevin and a stepdaughter, Becky. Woody and I were married February 14, 1986, and is stepfather to: Richard, Deanna, and Bobby. He also is survived by seven Grandchildren. He passed on July 30th after a very long illness and multiple disabilities. In Leu of flowers please make a donation to MooseHeart, the child city in his name. For the address please contact Moose International.